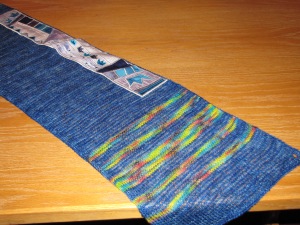 Just as serial entrepreneurs get multiple opportunities to improve their startup-building skills, Jewish parents with multiple kids get several chances to host the perfect Bar or Bat Mitzvah.

We have one child. One son. One chance to get a Bar Mitzvah right.

We also have a budget tighter than a 13-year-old’s party dress. Fortunately, working with startups has taught me some lessons about bootstrapping that helped plan this Bar Mitzvah.

Every startup has its genesis in an idea that cuts across the grain of convention. Same here.

Bar Mitzvahs in our synagogue are held at a big Saturday morning service which we find bland and impersonal. But we love the smaller, more musical community service that’s held earlier, so we asked the clergy if we could have the Bar Mitzvah there. First they said no. Then they said no again. Then they said they’d think about it. Then they said yes.

North Shore parents often recruit top-flight caterers and designers, but we knew that wasn’t going to happen. So, like startups who design and write and build and market everything themselves, we pulled together a brunch from three or four different vendors, and created our own invites through TinyPrints.

When your startup needs a particular talent, you don’t run to the Yellow Pages—you tap your network. When we needed a photographer, I posted a message to my temple’s networking group and received nearly a dozen recommendations in the first half hour.

And we wouldn’t have even known about our unconventional Saturday night party venue—The Alley in Highwood—if I hadn’t discovered it during a networking event.

Startups talk about the Wow Factor. While it’s not strictly necessary for a Bar Mitzvah to be dazzling, most parents like to try.

Kids customarily receive their first tallit (prayer shawl) on the big day, but my wife decided to knit a unique one for each of us. The colors and designs are pure eye candy, and she even incorporated some scarves that belonged to my late mother. Wow.

My son becomes a Bar Mitzvah January 19. No startup founder has ever been prouder.

11 thoughts on “The Lean Bar Mitzvah”